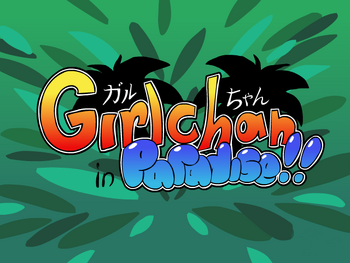 Here at the Girlchan Wiki, we hope to organize and explain every element of the Girlchan in Paradise world. Keep in mind that sometimes, speculation is made to help fill in the many gaps in continuity caused by the somewhat random nature of the show. Join us by adding your knowledge and insight! 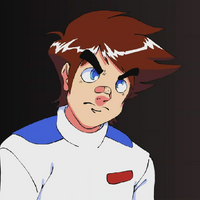 Kenstar (Japanese: ケンスターラー) is the main protagonist of the Girlchan in Paradise series. He is "The One", meaning that he is the only person capable of using certain techniques and defeating certain enemies. He comes from a special bloodline which grants him a superior fighting technique. He has a fierce rivalry with his brother, Yusuke. More...

The Wrist communicator is a device held by Guy, capable of contacting others in the Girlchan in Paradise series. Not much is known about the device, although it can be said that it is very high tech device, as characters such as Kenstar and Guy will marvel at the device when it receives a transmission. More...

Retrieved from "https://girlchan.fandom.com/wiki/Girlchan_Wiki?oldid=4916"
Community content is available under CC-BY-SA unless otherwise noted.